The Plainfield Fire Protection District was called to a 2-alarm fire on Sunday after a multi-tenant commercial building in unincorporated Plainfield went up in flames. It was in the 12000 block of Aero Drive just before 9:20pm that crews from the Plainfield Fire Protection District were called after signs of smoke began showing up in the area of the building. Upon arrival firefighters saw smoke forced entry into the building and found a fire. The response was immediately upgraded from a smoke investigation to a structure fire. Firefighters began fighting the fire from the interior of the building but were eventually forced for safety reasons to an exterior firefighting operation because the roof was going to collapse. 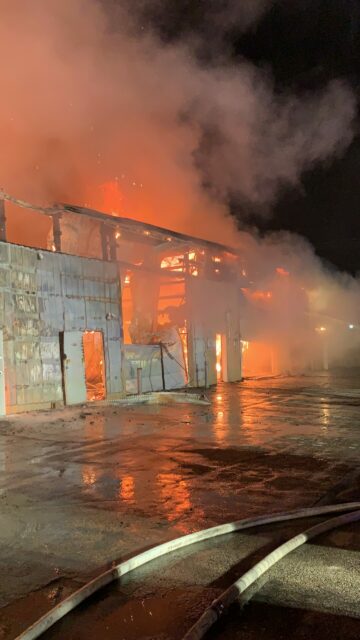 Route 59 and also 119th Street had to be shut down during the firefighting operation to protect the fire hoses running across the roadway as there are no hydrants in the area. After the fire was put out the building was declared uninhabitable. The cause of the fire is under investigation. 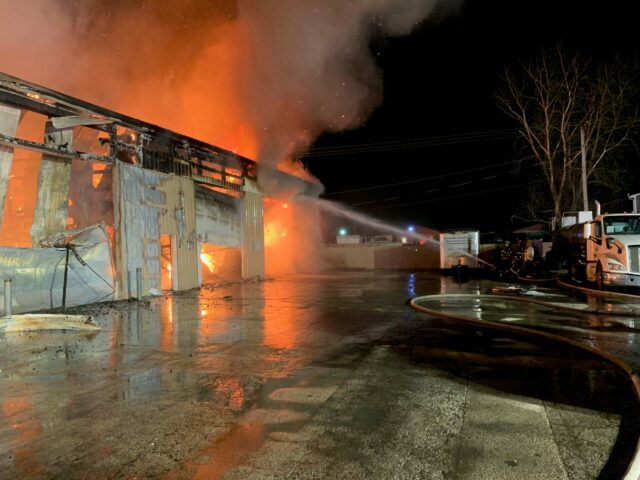