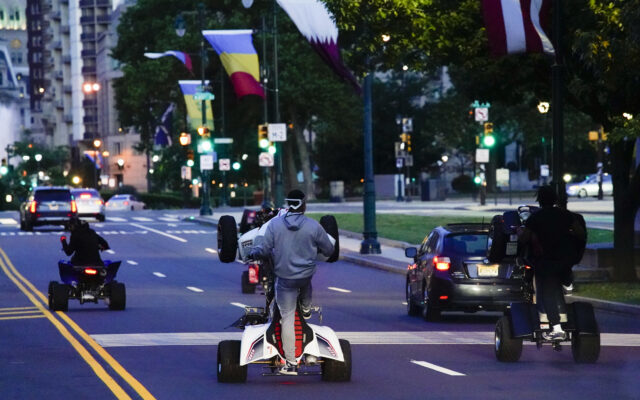 Joliet residents have reported groups of people riding ATV’s along major roadways in Joliet. One group of 16 to 20 ATV’s were riding along Larkin. In one instance the group surrounded a driver stopped in her car and another incident allegedly caused an accident near Jefferson and Woodlawn. In another report, the group was being followed by a vehicle with someone hanging out of their window filming the ATV’s.