Unconfirmed reports of a car chase with shots fired in Joliet Tuesday night. Sources to WJOL say one car fired eights shots at the other at the intersection of Meeker Avenue and Charlesworth on the east side of Joliet. Police were on the scene placing cones around the shell casings at around 9:40 Tuesday night. As seen in the picture, there were eight cones placed by shell casings. No word of injuries. 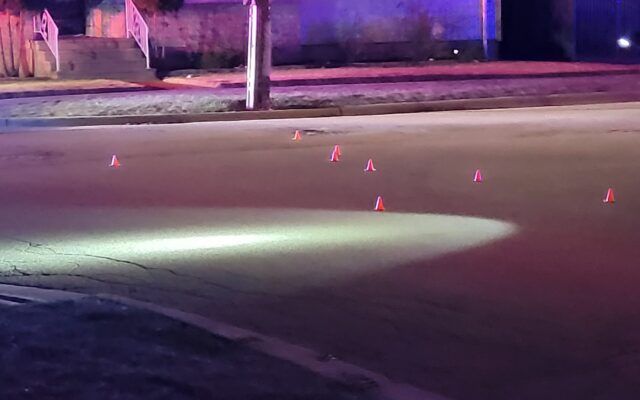