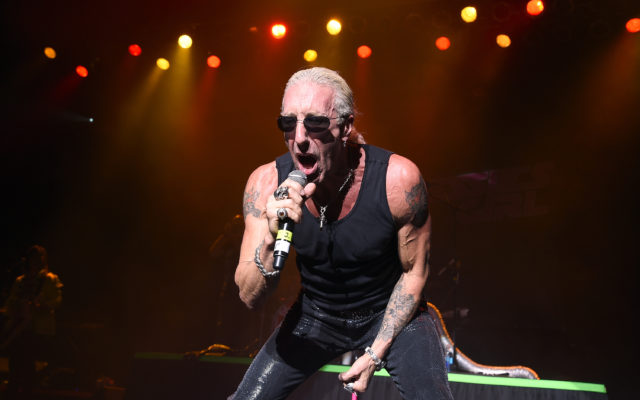 NEW YORK, NY - NOVEMBER 06: Dee Snider performs at the "I Want My 80's" Concert at The Theater at Madison Square Garden on November 6, 2015 in New York City. (Photo by Dimitrios Kambouris/Getty Images)

Dee Snider Approves Of Ukrainians Using ‘We’re Not Gonna Take It’ Dee Snider is loving the fact that Ukrainians are using Twisted Sister’s “We’re Not Gonna Take It” as a rallying cry. Snider tweeted that he “absolutely” approves, adding “My grandfather was Ukrainian, before it was swallowed up by the USSR after WW2. This can’t happen to these people again!” He also called out Vladimir Putin and said the Russian people are “fed a stream of propaganda by the Russian government telling them that the Ukraine is the aggressor.” What rock song is your ‘rallying cry’?