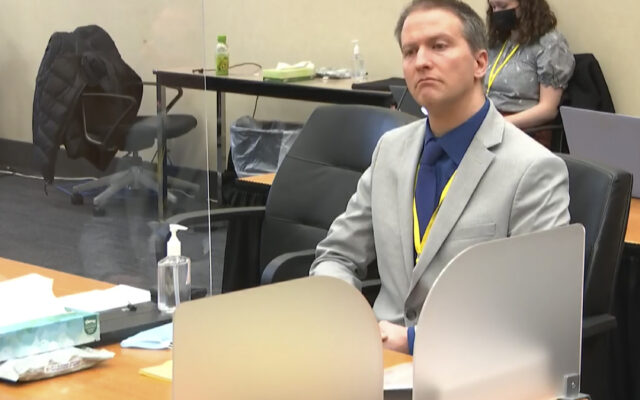 In this image from video, former Minneapolis police Officer Derek Chauvin listens as his defense attorney Eric Nelson gives closing arguments as Hennepin County Judge Peter Cahill preside Monday, April 19, 2021, in the trial of Chauvin at the Hennepin County Courthouse in Minneapolis. Chauvin is charged in the May 25, 2020 death of George Floyd. (Court TV via AP, Pool)

Several groups are planning daily demonstrations in the city of Joliet in the lead up to the verdict in the Derek Chauvin trial. The protests, which are being sponsored by Speak Up and Working Families Joliet, will be held every weekday at the corner of Larkin Ave. and Jefferson St. until the verdict is read. The daily events will last from 4:30pm to 6:30pm.

The Joliet Police Department has issued a statement saying they are “monitoring events and will continue to collaborate with law enforcement and municipal partners in preparation and monitoring of any potential concerns for civil unrest.”