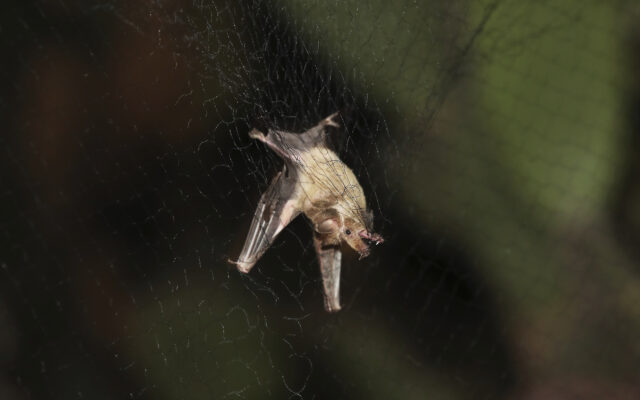 A bat is entangled in a net after it was captured by Mexico's National Autonomous University, UNAM, Ecology Institute Biologist Rodrigo Medellin and his students, at the university's botanical gardens in Mexico City, Tuesday, March 16, 2021. The botanical gardens have vegetation whose flowers provide the bats with food; their long tongues and nose have evolved to drink nectar from the blooms. (AP Photo/Marco Ugarte)

A bat captured in Peotone is Will County’s first confirmed rabid bat of 2021. The bat was found in a residence in the 300 block of Third Street on April 10th. Will County Animal Control was contacted, and the bat tested on positive for rabies on April 13th. Two females and two cats in the household were potentially exposed to the bat. The residents have followed up with PEP (post-exposure prophylaxis) treatment, and consulted with their veterinarian.

In addition to reporting any discovered bats immediately, Will County residents are reminded to remove any people and animals from the area where the bat is, and to close off the vicinity where the bat is located if possible, and look over all present residents and pets that were around the bat for any small puncture or bite marks. Residents are reminded to not touch a deceased bat, and to please also remember to have your pets currently vaccinated against rabies.