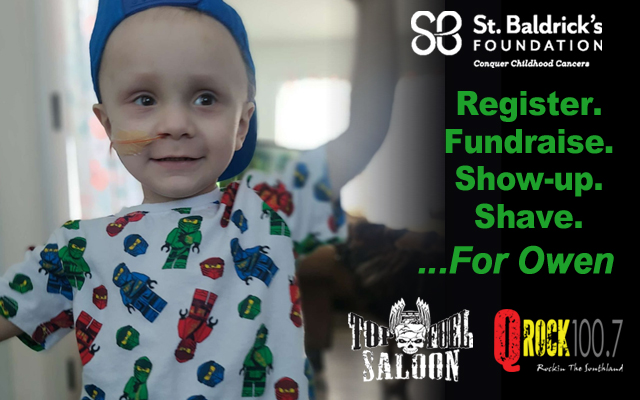 Be a hero for kids with cancer!

Join this St. Baldrick’s event, and whether you decide to shave your head, volunteer, or donate, we hope you’ll be a part of the excitement!

The St. Baldrick’s Foundation is a volunteer-powered charity that funds more in childhood cancer research grants than any organization except the U.S. government.

Kids with cancer like Owen are our reason for it all. They’re the inspiration behind our event and the reason we’re helping fund childhood cancer research. We believe all kids should be able to grow up and turn their dreams into realities.

“Owen started with 21 spots of cancer and 2 tumors. Today he is down to 3 spots of cancer. He is starting his second stem cell transplant. That is very rough for him to go through and very painful. This treatment is about a month in the hospital and about 2-3 week stay at the Ronald McDonald house. After that he will move on to radiation. The go fund me should have other updates along too!”

Donate to Owen through Gofund me Here 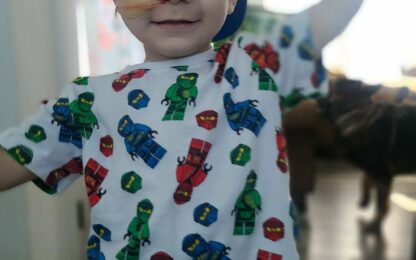 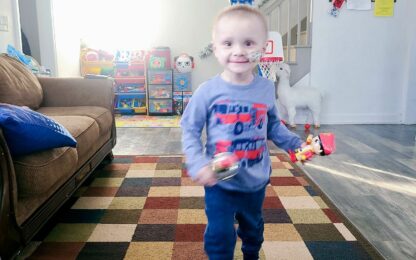 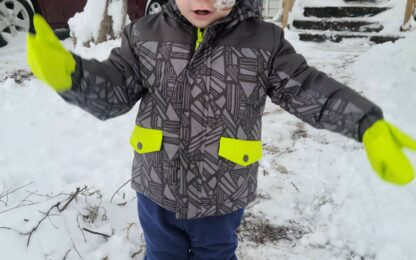 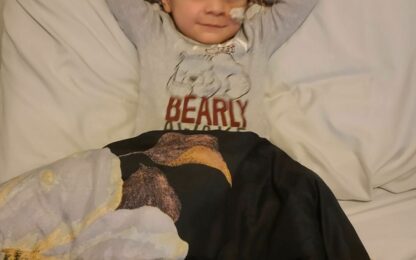 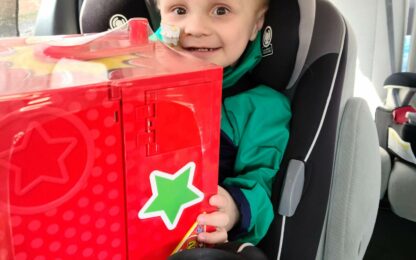 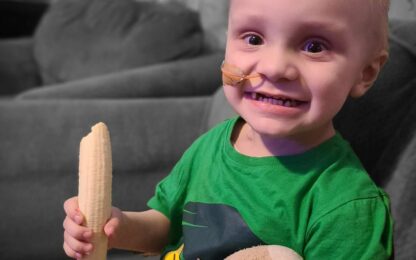 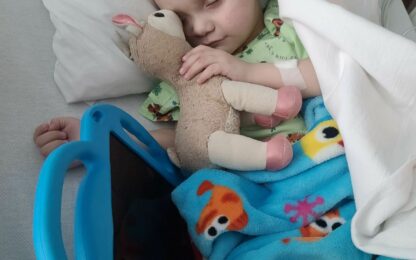 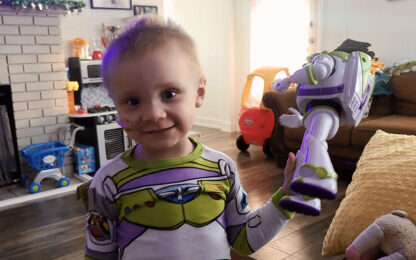 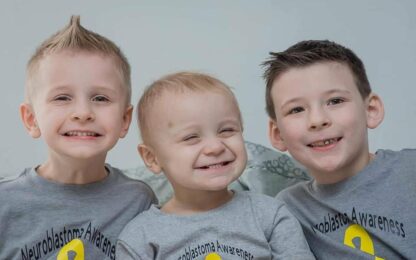 Just a year ago 2/2/2020 the world turned upside down forever For this little family. 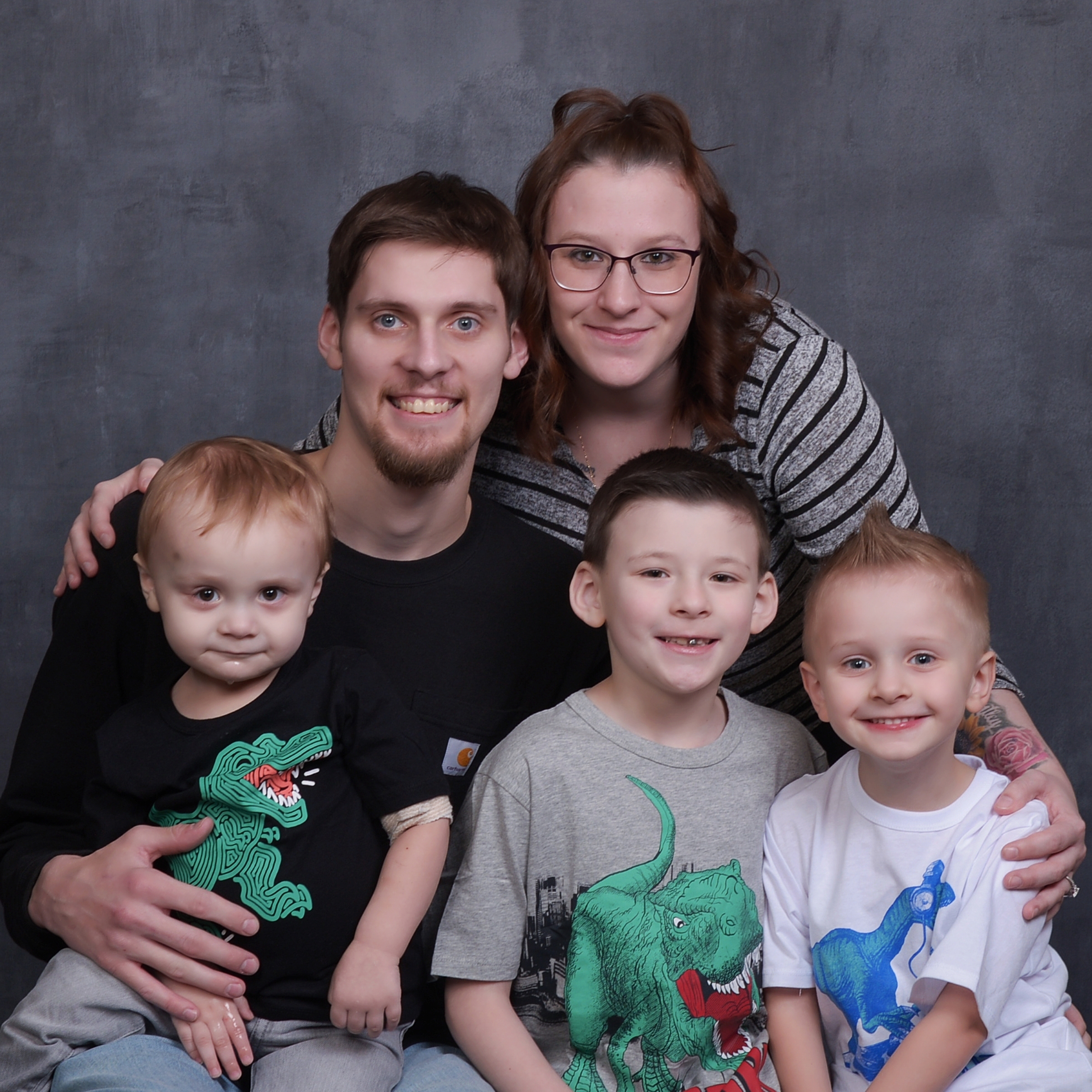 After several visits to the doctor for a persistent flu they ended up in the Silver Cross Hospital and ultimately ended up as an emergency transport to Luries Children’s Hospital (Northestern) in Chicago. They ER Dr. immediately made a diagnosis after labs and scans. Neuroblastoma Cancer.

This is the worst most difficult cancer a child can have. After a lot of labs, tests and biopsy, the diagnosis was confirmed and in addition, it had spread. Little 18 month old Owen has a cancerous tumor behind his eye, a mass in his abdomen so large it is hard for him to breathe or eat. Owen also has cancer in his entire skeletal system. (Bones)

Owen is in a tough fight for his little life, but Brian and Valerie are faced with the reality of what the cost of a catastrophic illness really is.

Brian had to quit his second job and take a leave from his full time job. The cost of trips from Joliet to the Northside of Chicago in gas and parking has eaten up the money they had.

Fund raisers have been started and private donations have come in, but it isn’t near what will be needed.

State Of Illinois Announces Face Coverings Now Required In All State Facilities, Regardless Of Vaccination Status

Guns N' Roses Setlist From The First Night Of Their U.S. Tour...

District 86 Back To School Mask Update

12 hours ago
Connect With Us Listen To Us On