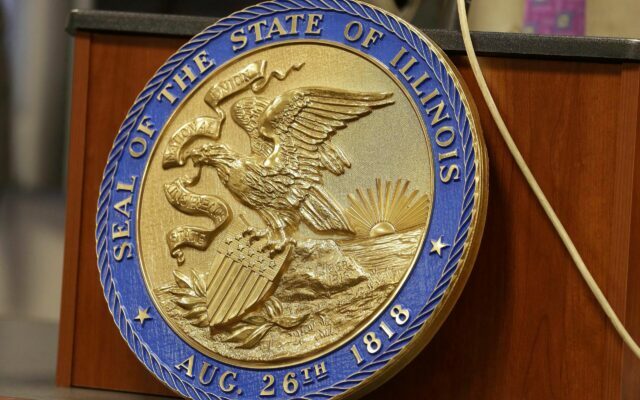 The Illinois State Seal is seen during a news conference at the Illinois State Capitol Tuesday, April 30, 2013, in Springfield, Ill. A bill to regulate the practice, drafted by lawmakers, industry and environmental groups, has been sitting in a House committee while industry and unions negotiated over a last-minute amendment that would require energy companies to hire water-well drillers, something oil drillers say they don't need. (AP Photo/Seth Perlman)