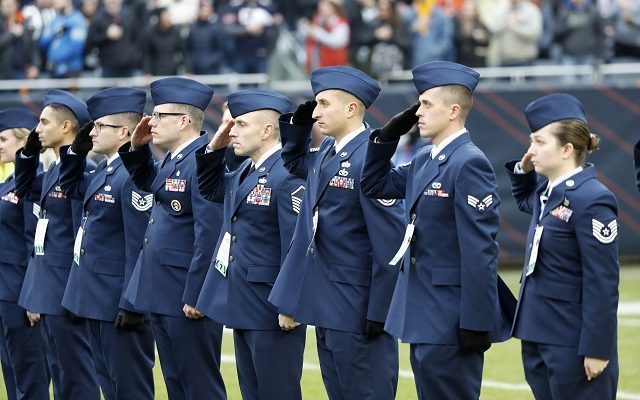 Members of the Illinois Air National Guard salute during the national anthem in honor to a Salute To Service before an NFL football game between the Chicago Bears and Detroit Lions in Chicago, Sunday, Nov. 10, 2019. (AP Photo/Charles Rex Arbogast)

Recruiters with the Illinois National Guard say there has been a recent increase in interest in serving. The uptick follows the killing of an Iranian general by a U.S. Airstrike in Baghdad, Iraq. Governor Pritzker says 700 soldiers and airmen from the Air and Army Guard in Illinois are already deployed as a part of regular deployments. Illinois Army National Guard officials say approximately 500 soldiers are headed to deployments at the end of the month.