Within the last year, Joliet and Will County lost three leaders. The most recent, WJOL host and former Rialto Square Theatre Executive Director Lynne Lichtenauer. A volunteer and champion of the arts and community. She had most recently worked as the Director of Alumni Relation and Development for Joliet Township High School District 204. Lichtenauer was also heavily involved with the Joliet Area Historical Museum. Lichtenauer was 81.

Another champion of the Rialto Square Theatre, former Rialto board member Jim Smith died at the age of 72 in September of 2020.

Smith was also on the Rialto Foundation Board, past chairman of the City Center partnership and member of the board. Smith worked tirelessly for the city of Joliet volunteering his time and coordinating volunteers for key events at the City Center including Race Fan Rally. He was a member of the Will County Center for Economic Development and life long member of the Joliet Rotary Club. 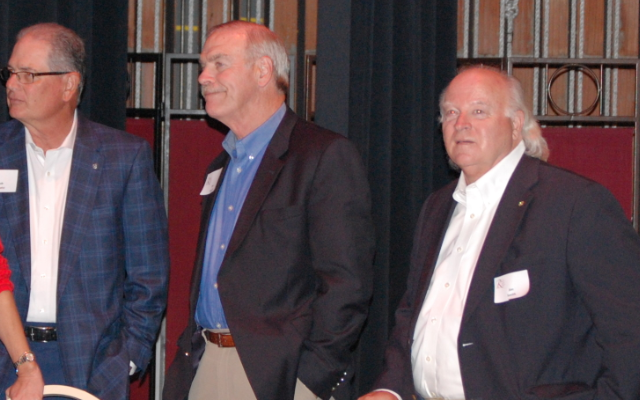 And in June of 2020, Will County lost an icon. Will County Executive Larry Walsh had passed away at the age of 72 years old. Born in Joliet, Walsh graduated from Joliet East High School in 1966 and continued his education at Joliet Junior College where he received a degree in 1968 in business and agriculture. In 1970 he was elected to his first of what would be many public positions after winning a race for a seat on the Elwood School Board. Walsh was Illinois State Senator where he forged a friendship with future President Barack Obama and then served as Will County Executive from 2004 until his death in 2020.

All three worked together to promote the Rialto and the community.