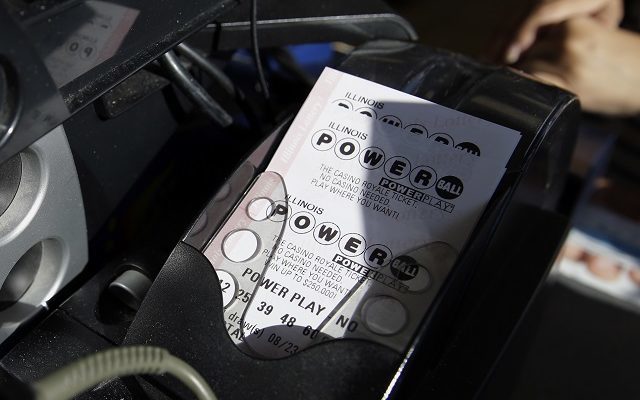 A Powerball lottery ticket is printed out of a lottery machine at a convenience store Wednesday, Aug. 23, 2017, in Northbrook, Ill. Lottery officials said the grand prize for Wednesday night's drawing has reached $700 million. The second -largest on record for any U.S. lottery game. (AP Photo/Nam Y. Huh)

Jackpot: 2 Tickets Are Powerball Winners In $630 Million Drawing Two people are waking up as new multi-millionaires today (Thursday). Two separate tickets hit all the winning numbers in the $630 million Powerball jackpot on Wednesday. Lottery officials say one ticket was sold in Wisconsin; the other at a 7-Eleven in Sacramento, California.  The jackpot – which was officially $632.6 million —  was the seventh-largest prize in the game’s history. The two winners will split the jackpot (coming out to about $316 million each give or take a whole bunch of taxes). Do you know anyone who has actually hit a jackpot over a million dollars?