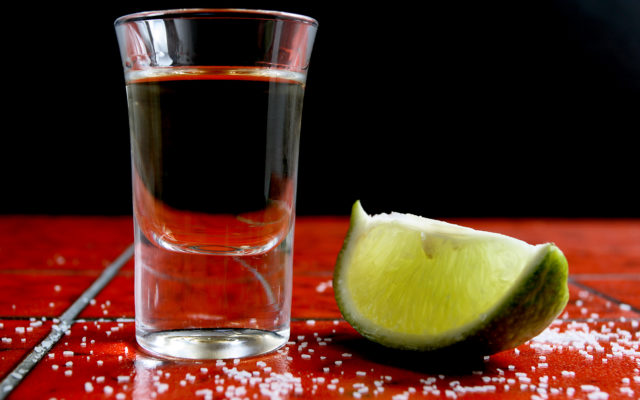 Tequila shot with salt and lime.

Joe Buck Says He And Troy Aikman Used To Drink Tequila In The Broadcast Booth Ever watch a football game and think ‘the announcers must be drunk to say that!’  Well… maybe they were. Longtime FOX broadcaster Joe Buck recently revealed on Colin Cowherd’s podcast that he and partner Troy Aikman used to drink tequila in the broadcast booth during games. Buck says it started during baseball playoffs, when he would have someone “go get the biggest beer that the stadium sold.”  Once he was teamed with Aikman, they switched to tequila and grapefruit juice. Buck says he no longer sips cocktails in the booth, but called it “a good mental trigger to just chill”. Did you ever suspect that Buck and Aikman were liquoring up?  Have you ever indulged in a drink on the job?