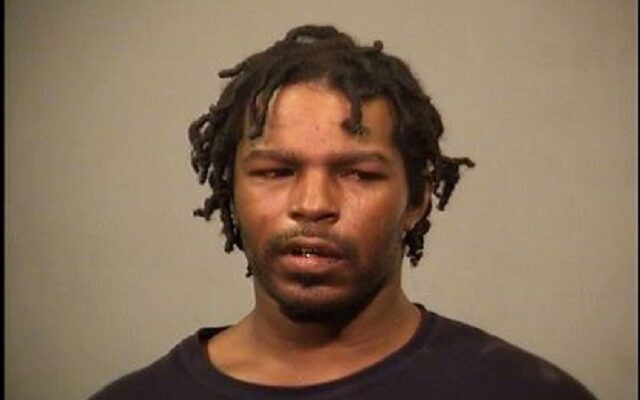 A 32-year-old Joliet man has been arrested after a violent attack sent the victim to the hospital. It was Wednesday night at approximately 9:57pm, Joliet Police were called to the 300 block of Hunter Avenue for a disturbance. When officers arrived they learned that Kenneth Love allegedly attacked his brother. Love and the victim began arguing while in the residence. During the argument, Love retrieved a machete from a closet and began to threaten the victim with it. Love then chased the victim out of the house while holding the machete. The victim fell to the ground at which time Love jumped on him and began swinging the machete at the victim as well as headbutting the victim. The victim was able to escape, but then fell at which time Love struck the victim with the machete, seriously injuring the victim’s left hand. The victim was able to escape from Love and contact 911. Love was on scene upon arrival of Officers and was placed into custody without incident. Officers recovered the machete used in the attack.