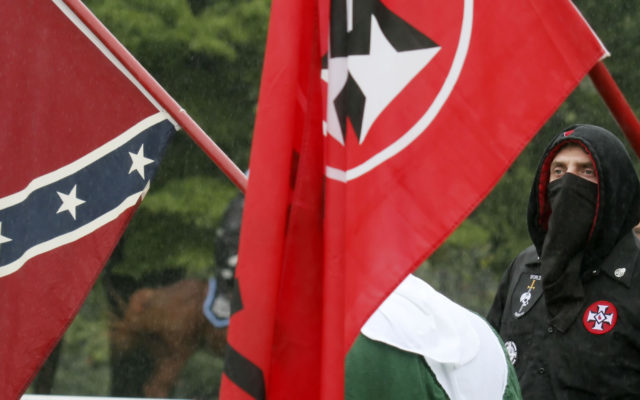 Hooded members of the World Order of the Ku Klux Klan give a speech at the Gettysburg National Military Park during a protest rally Saturday, Sept. 2, 2006 in Gettysburg, Pa. The KKK fielded 25 members for the event. (AP Photo/Daniel Shanken)

Police are investigating after Ku Klux Klan flyers were delivered to several homes in Orland Park. Village officials say plastic bags with three different cards and flyers containing hate speech were sent to three homes January 5th. The materials produced by the Loyal White Knights of the KKK listed a web address, a phone number and a North Carolina mailing address. Authorities believe the deliveries were random and don’t pose a threat to any of the individuals who received them. The Orland Park mayor says the village strongly condemns any messages that promote hate of any kind.