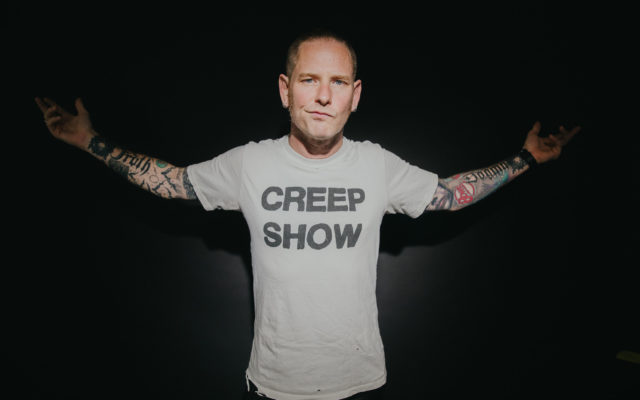 New Slipknot Album Has a Name Corey Taylor says that Slipknot’s new studio album is coming out within the next three months. The singer said “The record is actually in the process of being mixed right now. Everything is finished, so it’s just being mixed right now, which is rad news. So it’s probably gonna take… I think it’s probably gonna be another three months [before it is released]. The artwork’s done. We just came up with the title. I’m not gonna tell you it right now. But we’re really stoked. So hopefully three months from now — well, less than that — we’ll get the single out, and then three months from now we’ll get the album out.”  Taylor called the new material, “really killer” explaining, “It’s darker than ‘We Are Not Your Kind’, but there’s a ton of melody. I’ve been telling everybody that it’s like a heavier version of ‘Vol. 3[: (The Subliminal Verses)]’. It’s got so many textures and layers. The heavy stuff has attack but the melodic stuff you can just sink your teeth in; there’s a lot of great melodies and hooks. I’m really, really excited for people to hear it.” What upcoming album are you counting the days until?