A small plane had to make an emergency landing on the southbound lanes of I-355 near U.S. 6 on Thursday afternoon, sending four people to the hospital. Illinois State Police have stated that the plane was forced to make the landing on the interstate due to a stalled engine. Reports stated that the plane had taken off from Lewis University airport shortly after 11:00a.m. The emergency landing caused damage to the front end and the left wing of the aircraft. WJOL has been told that four occupants of the plane were transferred to Silver Cross Hospital with non-life threatening injuries.

The left two lanes on Interstate 355 southbound were shut down for the investigation and removal of the airplane. All lanes were reopened at approximately 3:30 p.m. The Federal Aviation Administration was notified of the incident. 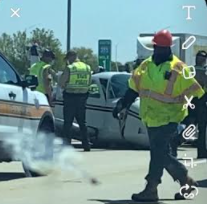