Protesters Rally At Rep. Lipinski’s Office Over His Abortion Stance 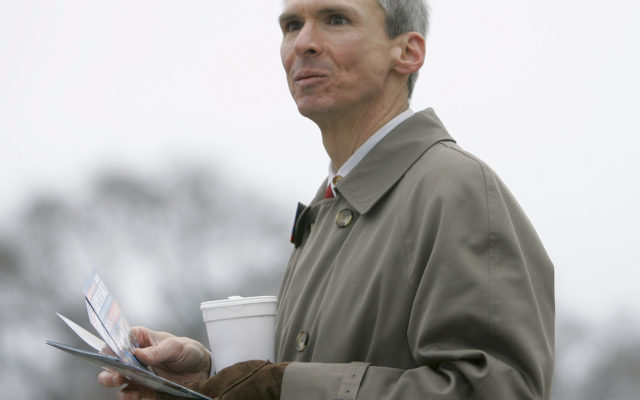 **ADVANCE FOR WEEKEND EDITIONS, JAN. 26-27** U.S. Rep. Dan Lipinski, D-Ill., campaigns for re-election in Illinois' 3rd Congressional District at a commuter train station in Berwyn, Ill., Monday, Jan. 14, 2008. Those challenging Lipinski portray him as too conservative and a pal of Republicans _ as well as a by-product of nepotism because his father, the previous congressman, gave up the 1994 Democratic nomination and then used his clout to get his son named as nominee. (AP Photo/Brian Kersey)

Congressman Dan Lipinski is facing backlash over his stance on abortion. The Western Springs Democrat was among more than two-hundred members of Congress who recently signed onto a Friend of the Court brief filed in a Louisiana case seeking to overturn Roe. V. Wade, the 1973 ruling legalizing abortion nationwide. In response, pro-abortion rights supporters rallied yesterday morning outside Lipinski’s office in Lockport. Several protesters said they believe Lipinski is waging a war against women and their reproductive rights. Chicago Mayor Lori Lightfoot blasted Lipinski over the weekend, tweeting that it is time for him to leave office.