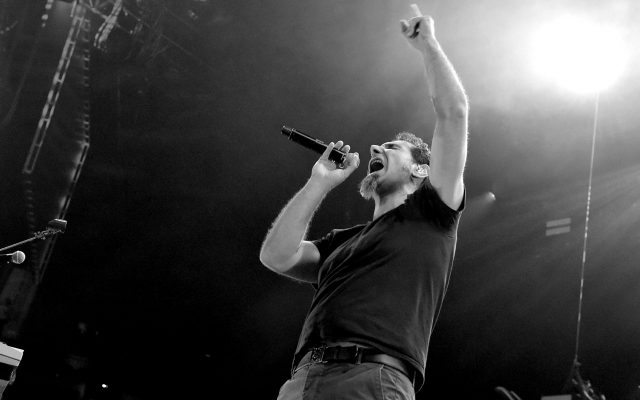 INGLEWOOD, CA - APRIL 06: (EDITORS NOTE: Image has been converted to black and white.) Singer Serj Tankian of System of a Down performs at The Forum on April 6, 2015 in Inglewood, California. (Photo by Kevin Winter/Getty Images)