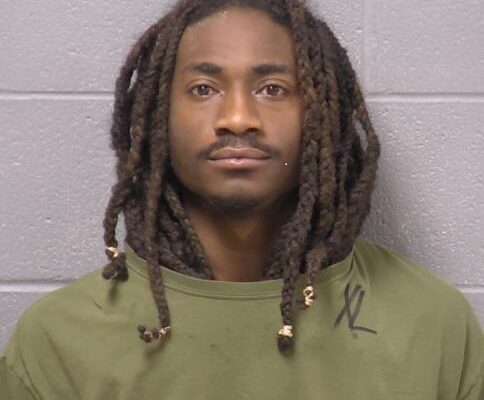 A suspect that led State Police on a chase from the 1800-block of Diversey Parkway in Chicago’s Lake View neighborhood to the intersection of I-55 and I-80 in Shorewood has been arraigned in a Will County court. 28-year-old Henry Jordan was charged with three counts of Aggravated Vehicular Hijacking, two counts each of Armed Robbery and Attempted Aggravated Vehicular Hijacking, Aggravated Unlawful Possession of Stolen Motor Vehicle, two counts of Theft (one Class 2, another Class 3), Unlawful Possession of a Weapon by a Felon, Aggravated Fleeing or Attempting to Elude a Peace Officer and Striking a police animal.

Jordan, while armed with a handgun and a blunt object, stole the car from a man over 60-years-old and a cell phone from another person, then took the car through a high speed chase into Will County. Once he was no longer able to elude police, he struck a police dog, before taken into custody. Bond was set at $1,000,000.

This isn’t the first time Jordan has been charged with stealing a vehicle, as he was out on a $10,000 bond from Cook County for a Class 4 Possession of a Stolen Motor Vehicle on January 26th. His next court appearance is set for April 14th.