Joliet businessman Terry D’Arcy has announced that he will be seeking the office of Joliet Mayor in the spring of 2023 elections. D’Arcy made the announcement from one of his local car dealerships on Wednesday afternoon in front of a crowd of employees, supporters and local media. 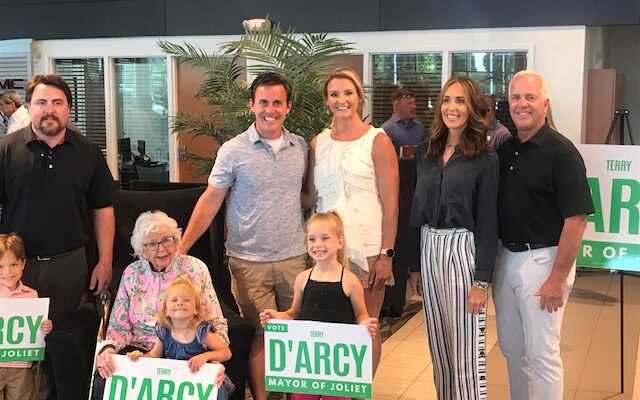 D’Arcy will be challenging Joliet Mayor Bob O’Dekirk who has already announced that he will be seeking a third term in 2023. In 2015 challenger O’Dekirk defeated incumbent Mayor Tom Giarrante while he ran unopposed in his reelection campaign in 2019. D’Arcy said the city of Joliet has been good to him and he wants to give back to his community. He also said that the decision has been in the works for some time before today’s announcement. 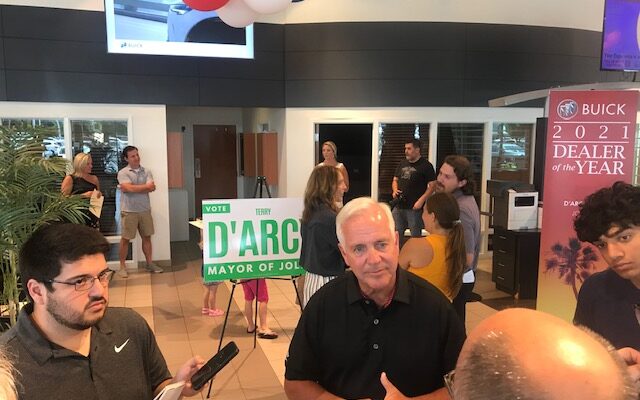