The driver of the cattle hauler that shut down I-80 in Joliet for six hours yesterday has been charged with DUI and issued a citation for failure to reduce speed to avoid an accident following Tuesday’s crash involving another semi and vehicle. Fifty-one year old Bradely Pate of Waynesboro,Virginia was also charged with improper lane usage and driving under the influence of drugs after the cattle hauler he was driving went off the road and hit a disabled semi-trailer. The trucker continued on to hit another vehicle driven by an 82-year-old, that’s when the hauler’s semi split open and 16 cattle spilled onto I-80 near Houbolt Road.

The crash happened at about 3:30 p.m. and cows were causing havoc for drivers as they roamed the Interstate. Farmers on horseback were brought in to help corral the cows. Illinois State Police report four cows died in the crash.

Pate was taken to the hospital with life-threatening injuries. The interstate was reopened at 9:45 p.m. 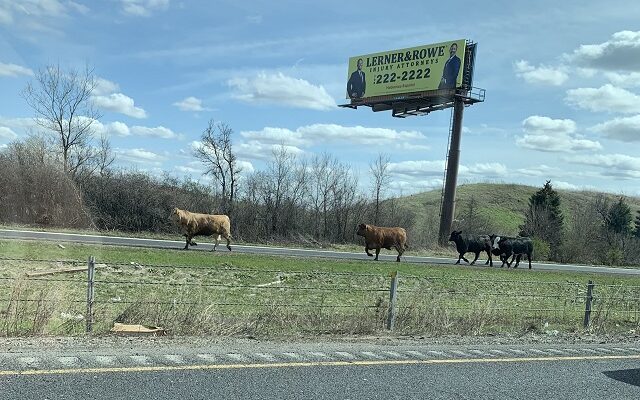