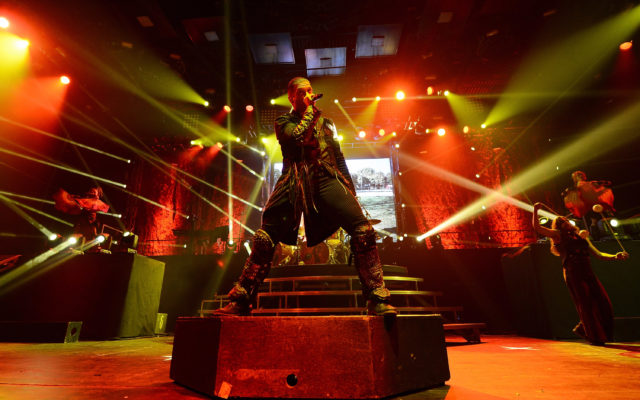 LAS VEGAS, NV - SEPTEMBER 15: Singer Brent Smith of the band Shinedown performs during the Carnival of Madness tour at The Joint inside the Hard Rock Hotel & Casino on September 15, 2013 in Las Vegas, Nevada. (Photo by Ethan Miller/Getty Images)

What’s your guess for the top 3 mainstream rock artists of all time? According to Billboard, Shinedown is the current act with the most No. 1 hits on the chart — a record-setting 16 of them to be exact. Add to this incredible stat that all 27 songs that Shinedown have released over the years have reached the Top 5 of the Billboard Mainstream Rock chart. The band first appeared on the chart in 2003 with “Fly From The Inside.” Finishing second for All-Time Mainstream Rock Artists: Godsmack followed by Three Days Grace. What’s a favorite Shinedown song you can listen to over and over again?