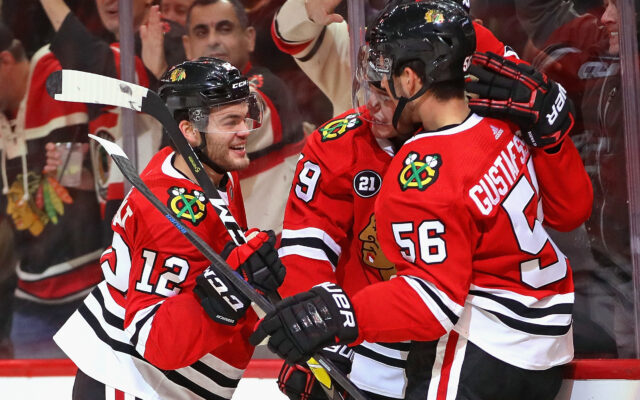 Two Chicago Blackhawks players are without wheels after thieves stole their vehicles from a valet, authorities have confirmed. The incident happened last Wednesday after Chicago’s scheduled game against the Jets was postponed, TMZ reports. Players Caleb Jones and Connor Murphy decided to take advantage of the day off and went out to dinner — but when they finished, they found that both of their rides had been jacked. Apparently, a thief had approached the valet from behind, stuck a gun in his back and demanded the keys, police say. He and an accomplice then drove off in Murphy’s 2017 Porsche Panamera and Jones’ 2021 Jeep Trackhawk. The vehicles’ combined value is more than $190,000. The incident is under investigation, according to the Chicago P.D. If you made an NHL-size salary, what kind of car would you drive?