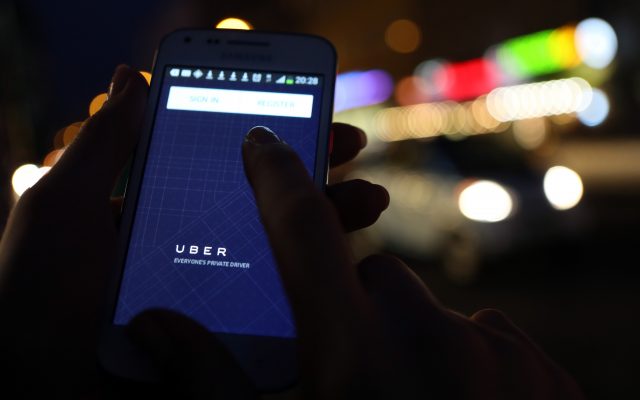 BERLIN, GERMANY - SEPTEMBER 02: In this photo illustration, a woman uses the Uber app on an Samsung smartphone on September 2, 2014 in Berlin, Germany. Uber, an app that allows passenger to buy rides from drivers who do not have taxi permits, has had its UberPop freelance driver service banned in Germany after a complaint by Taxi Deutschland, a trade association of taxi drivers in the country. The company, which operates in 42 countries over 200 cities worldwide, plans to both appeal the decision made by a court in Frankfurt as well as, at the risk of heavy fines, continue its services in Germany until a final decision has been made on the matter. (Photo by Adam Berry/Getty Images)

Uber says demand for drivers is at an all-time high – and they’re offering extra money to sign up with the service. The ride-sharing giant is offering $250 million in sign-up bonuses and other benefits for new drivers. Much of the added demand comes from the booming food-delivery service Uber Eats, which has jump more than 150% in the last year. Have you ever worked as an Uber or Lyft driver?  What were some good things and bad things about the experience?