The Village of Elwood is once again filling a lawsuit against the city of Joliet over the annexation agreement that would allow for the development of the Compass Business Park otherwise known as NorthPoint.

Elwood Village attorney Jordan Killien on Tuesday filed a five point complaint against the city of Joliet. One of the complaints is the proposed bridge over Route 53 to connect Walter Strawn Drive in Elwood. The Village of Elwood and property owners are against this bridge. If Joliet decides to move the bridge that would be in essence an amendment to the annexation agreement and would need to go back through the process.

The lawsuit states, Joliet violated open meetings act by not giving proper notice that they were going to be taking final action at December 15 meeting.

A status hearing will held on St. Patrick’s Day and Killien expects a hearing sometime this spring.

To hear the entire interview, go to our sister station, 1340 AM WJOL, and Scott Slocum’s podcast section on  their website. 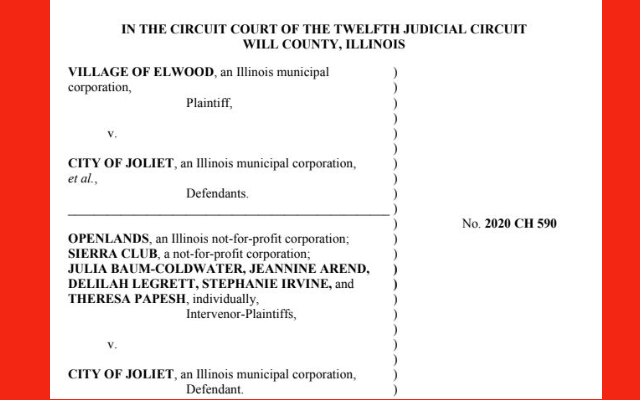