This morning at approximately 4:30am, Will County Sheriff’s deputies, along with other police agencies, were dispatched to assist New Lenox Police in an attempt to apprehend Alexander Wheeler, age 21. Deputies were advised that Wheeler had just been suspected of shooting his father in the face and battering his mother at their residence located at 1900 block of Grand Prairie Drive in New Lenox. Police were advised that Wheeler may be under the influence of drugs and was possibly in possession of a weapon. A description of his vehicle was given as a 2020 silver Honda Civic.

At approximately 5am, a Sheriff’s deputy located the vehicle in the area of Cedar Road and Laraway Road. While additional officers arrived, a traffic stop was attempted on Wheeler. Wheeler refused to stop and a pursuit was initiated. Wheeler eventually fled back to his subdivision and officers fanned out in an attempt to locate Wheeler. Wheeler’s vehicle was then observed heading down Wind Crest Lane where he attempted to drive through a resident’s backyard. A Sheriff’s deputy was directly behind Wheeler. Wheeler then exited his vehicle. The Sheriff’s deputy made several attempts to get Wheeler to comply but was unsuccessful. The deputy deployed his Tazer in an attempt to disable Wheeler but did not have the desired effect. Wheeler continued to disregard the officer’s commands, which led to the officer deploying his service weapon and shooting Wheeler. Aid was immediately rendered to Wheeler by police. He was transported to Silver Cross Hospital where he was pronounced deceased.

Wheeler’s father was also transported to Silver Cross Hospital. He sustained serious injuries but was conscious at the scene. His current condition is unknown at this time.

The Will/Grundy Major Crimes Task Force will be investigating this incident.

All parties involved in these incidents are accounted for. This is an isolated incident and there is no further threat to the New Lenox community.

This investigation is on-going and no further information is available at this time.

What started as a domestic disturbance call by the New Lenox Police department resulted in a high speed police chase and a suspect shot in the backyard of a New Lenox subdivision. It began at 4:30 am. Monday, December 20th when New Lenox police responded to a domestic disturbance. The suspect took off in his vehicle and led the department along Nelson, to Laraway, Gouger, Cedar Road to Haven and ended at Wind Crest Lane which is just off of I-80 near Old Plank Trail.

Reports to WJOL suggest the police chase saw top speeds of 70 mph and was needed due to information that police had at the time. Will County Sheriff’s deputies took part in the chase.

The driver of the vehicle ended up in the backyard of a home at Wind Crest Lane. He exited the vehicle and was shot by Will County Sheriff’s Officers. Officers at the scene were performing CPR. The suspect was taken away on a stretcher. The condition of the driver and victim of the initial disturbance is undetermined at this time. 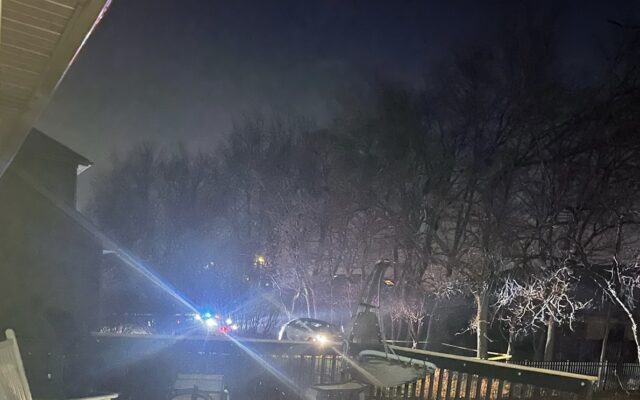 Joliet Man Arrested in Georgia in Connection to July Murder